From this article you can download 1700c GNS3 IOS image for router only for GNS3 use. Cisco 1700c is a very cool IOS for gns3 as it required a very little RAM. In this way you can utilize the maximum of you RAM and can run the maximum number of routers in GNS3 as compare to any other IOS like 7200 series which required high RAM.

But the shortcoming of this IOS is that you can only run the following interface or module with cisco 1700 IOS image:

You find the list of interfaces of Cisco 1700 IOS which you can use in GNS3 in fillowing figure: 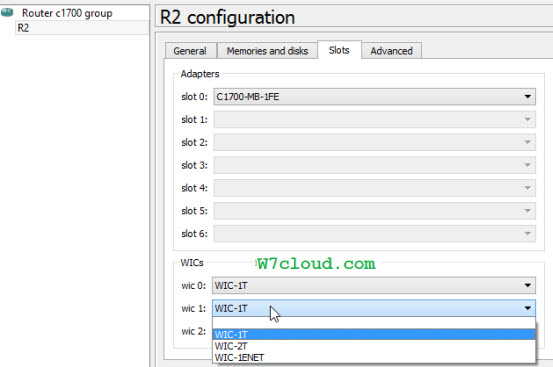 Please note that this IOS is test with GNS3 1.1 or later version and it works fine with GNS3. You can share your experience of using cisco 1700c router IOS for GNS3.

In the end I would like to thank you for visiting and reading this article. J