when you tried to install the flash player from the terminal you may get this error:

The following packages have unmet dependencies:

flashplugin-installer : Depends: libnss3-1d but it is not going to be installed

Depends: libnspr4-0d but it is not going to be installed

Similarly when you try to install flash player from Ubuntu software center you end up with the following error:

These errors are sometimes, because of package dependencies.

Open the software and update from search menu, goto “other software” tab and select the both 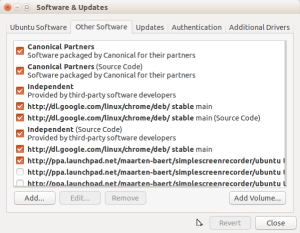 now open the terminal by using “Clt+Alt+t” key and type the following command: 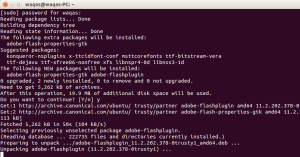 this will start installing flash player on your PC, I hope this trick will work for you.