Wireless printers are a great asset in the age of digital technology. Not only do they make document printing more efficient, but they also save you time and money in the long run. Let’s look at what wireless printers are and why you should consider investing in one for your home or office.

They have become very popular in recent years because they are so much easier to use than traditional printers. In addition, they are much faster, and many of them can print wirelessly from a smartphone or tablet. A wireless printer can also be connected to a network so that other household members can print documents.

These printers allow you to print from anywhere in your home, which is one of their advantages.

We will begin our article with the definition of what is wireless printer.

What Is A Wireless Printer?

A wireless printer is a type of printer that does not require a separate wire to be plugged into the computer. A wireless printer uses wifi to communicate with other devices on the same network. As an alternative, it uses wireless technology to receive print commands from different devices like laptops, PCs, smartphones, iPods. And then print the information that has been requested.

This means that you don’t need to connect your laptop or computer directly to the printer using a USB cable or network cable. Instead, you have to connect both the printer and the device(s) to the same wifi network.

It does not require a wired connection, unlike traditional wire printers. In the case of a wired printer, if you have a USB connection, you can connect and print directly, whereas, in a wireless-printer, you can use the technology called wifi direct to connect the device directly with the printer. IP addresses can be assigned to printers with Ethernet ports so they can be accessed through a network. Any device connected to that network can access this network printer.

Whereas, in the case of a wireless printer, you can connect it wifi router to make it a network printer.

How Does Wireless Printer Work

Wireless printers can connect to your WiFi network and be accessed by any connected device. This way, you can print documents directly from your smartphone, iPad, and any wireless device. You usually need wireless devices like a PC with a wireless LAN card to connect with the wireless printer, and laptops and smartphones have built-in wifi connections.

Once it is connected, your device will show you a list of available printers, select one and start printing.

Your device sends the information in a digital format to the wireless printer, and the printer receives this information and reproduces it on paper, resin, or other materials once it receives it. 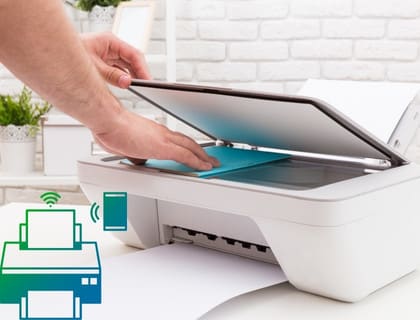 There is a major difference between a wireless and wired printer in the way they connect to your computer. Wireless printers use WiFi or Bluetooth to communicate with your device, while wired printers require a physical connection such as a USB cable or an ethernet port. 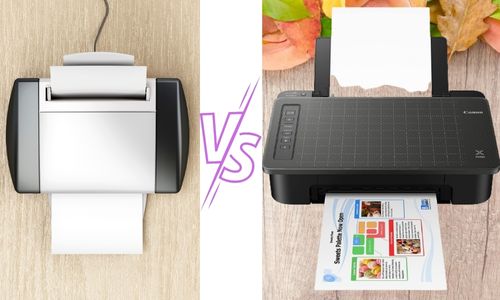 Wired printers are still used in many workplaces as they are reliable and can handle larger print jobs better than wireless printers. Wireless printers, however, are a much more convenient solution for those who need to print from smart devices from different locations.

You can divide these printers into the following main types according to their connectivity options:

1. Wifi Direct Printers – They are the simplest form of wifi printer and usually need to be connected to your computer or device directly.

2. Network Printers – They are a bit more complicated and use Wifi access points or networks to communicate. You can use the printer without wifi or the internet but with WiFi-connected printers, you can connect multiple computers and devices simultaneously. It makes it easier to share documents and print jobs.

3. Bluetooth Printers – These printers are also available with Bluetooth technology, but these are rear nowadays and are more expensive.

After introducing these printers briefly, we will give you an understanding of what a wireless printer can do for you. And explain some of the benefits and advantages of using a wifi printer.

There are several advantages of using a wireless printer over traditional wired printers.

No Cable is required:

First, it eliminates the need for physical cables, which can often be a hassle when dealing with multiple computers or laptops in an office setting. To print wirelessly, you’ll need a wireless connection, and no cables are required.

Additionally, since there is no physical connection between devices and the printer, it allows for more mobility. All devices connected to the wireless printer can access it wirelessly simultaneously, regardless of where they are located in the office or at home.

In addition, it can be shared with the whole office or home without needing a fixed location. 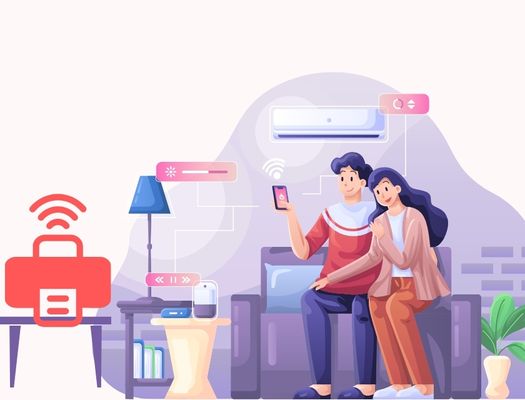 These printers usually come with an app that allows users to print documents directly from their smartphones or tablets. These app making it even easier for people who are constantly on the go to print documents.

With the wifi printer, you can print documents from multiple devices in a single office or home. It is beneficial if different people use various computers and tablets to print from signal printer.

Finally, using a wireless printer for the home or office is much more cost-effective. Traditional wired printers require you to install cables. Wireless printers do not.

Thus, investing in a wifi printer is a great way to save money and time.

These printers use the wifi security standards like WEP, WPA, and WPA2. As a result, your documents will be safe and encrypted while they are being printed. Wireless printers can also be secured using 802.11x protocols.

Apart from these benefits, there are some shortcomings of wireless printers, like:

Wireless printers usually have a limited range, which means you can only print from devices within the wireless range. It means that if you move away from your printer or access point, its speed and connection will suffer. 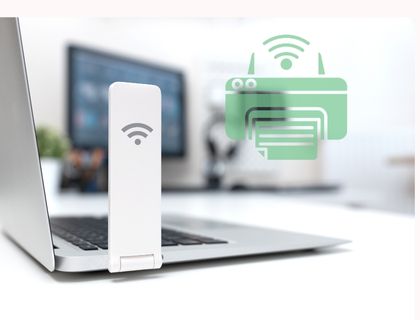 In spite of the fact that wireless printers are usually also equipped with an Ethernet port, laptops, smartphones, and tablets are also able to connect wireless printers. But it may be necessary to purchase a wireless land card for your PC to communicate with your printer.

Although most printers offer a direct connection as well. But most modern homes have wireless networks, and some wireless printer cannot function without an access point.

In an insecure network, Wi-Fi printers create another security loophole. The good news is that today you can use a security key to secure your wifi printers, which gives you peace of mind.

For buildings that have more than one floor, it is not recommended to use a single wireless printer.

Wireless-printers can be incredibly useful tools, especially in an office setting where multiple people utilize different devices. With a connection to Wi-Fi, everyone in your office will have access to printing documents right away.

A wireless printer is definitely worth considering if you’re looking for an easy way to streamline document printing at home or at work.